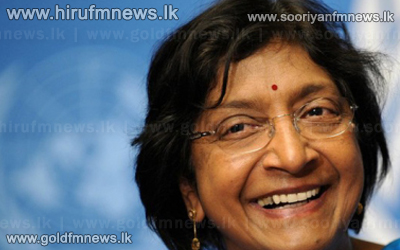 The UN High Commissioner for Human Rights Navy PIllai arrived in the Country today on a 7 day official visit.

She is scheduled to meet with the Chief Justice and Minister of National Language and social integration Wasudewa Nanayakkara tomorrow.

The TNA states that they will be meeting the UN High commissioner for human rights Navi Pillai on the 30th.

TNA MP Suresh Premachandran speaking to our news team had this to say...

Dr Mahanamahewa elaborating further had this to say....

The UNP states that UN human rights commissioner Navi Pillai arrived in the island since the government failed to fulfil the pledges given to the international community.

UNP General Secretary MP Thissa Aththanayaka affirms that such actions of the government bring disrepute to the country.

However, Minister Mahinda Samarasingha states that Sri Lanka acts in a transparent manner and the stance of the government will never change.