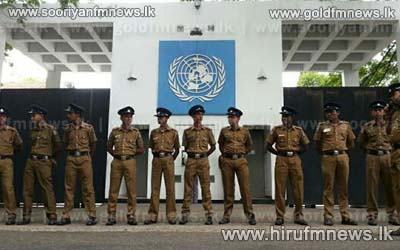 However a heated argument took place between the protesters and the police as police had blocked the entrance to Bauddhaloka Mawatha.

Later a tense situation erupted at the site.

The Ravana Balaya wanted to hand over a petition to the UN office but failed in their attempt.

Later during the protest, Convener of the Ravana Balaya Iththekande Saddhatissa Thera had this to say.