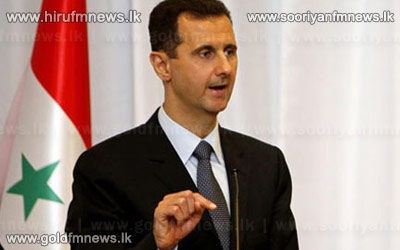 Syrian President Bashar al-Assad said Western claims his regime used chemical weapons were an "insult to common sense" and warned the United States it faced failure if it attacked Syria.

Assad told pro-Kremlin daily Izvestia in the extensive interview that Syria would never be a "puppet" of the West and said Washington had never succeeded in reaching its political aims through war.

Assad accused the United States of first making the accusations that his regime used chemical weapons in an attack outside Damascus that activists say killed hundreds, and only later starting to look for proof.