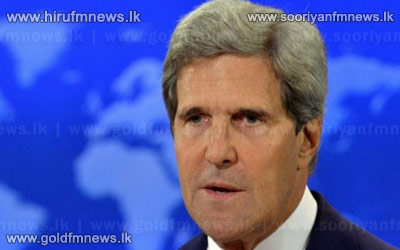 US Secretary of State John Kerry has condemned what he said was the "undeniable" use of chemical weapons by the Syrian government.

He described recent attacks in the Damascus area as a "moral obscenity".

The US and its allies are considering a response including possible military strikes on Syria, although Russia - Syrias ally - has warned against this.