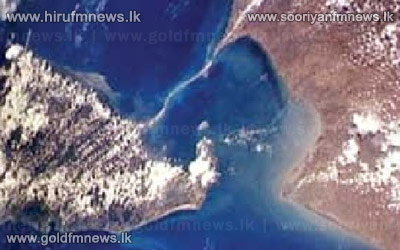 An Indian Environmental Protection Agency named Coastal Action Network states that the Sethu Samudram canal being built along the Indo Lanka Maritime Boundary is causing great harm to the environment.

It stated that the construction of this canal is causing untold harm to the international geological heritage known as Adam’s bridge.

The Coastal Action Network believes that while the Sethu Samudram project is causing environmental destruction it is also financially not a profitable venture.

Meanwhile, the former chief of the Indian Geological Survey Institute K. Gopalakrishnan states that the sea bed in the Manna Bay will become unstable as a result of canal.

However, the Geological Survey and Mines Bureau states that it is difficult to estimate the harm that the construction of the Sethu Samudram canal will cause to the maritime boarder of Sri Lanka.

Chairman of the GSMB Senarath Jayasundara stated that the damage needs to be calculated via a scientific test and that such a test has not been carried out thus far.

However, environmentalist Jagath Gunawardena stated that the Sethu Samudram project will severely affect the Manna Coast.