Pillai has no right to question regarding establishment of Ministries says NFF. 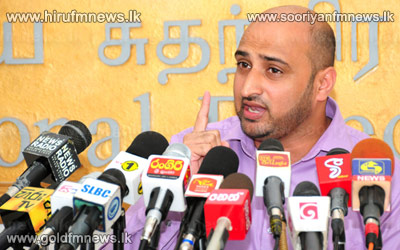 The National Freedom Front states that the UN Human Rights Commissioner Navi Pillai has no right to question the authority bestowed upon the President by the Constitution.

Media Spokesperson of the NFF former parliamentarian M. Musammil made this statement while speaking at a press conference held today in Colombo referring to a request made by the UN Human Rights Commissioner.

During her meeting yesterday with the Minister of Justice Rauff Hakeem, she had stated that it would be suitable for the newly established ministry of law and order should be taken under the purview of the ministry of justice or another ministry.

Minister Hakeem expressed the following views to the media after his meeting with the UNHR Commissioner.

However, speaking during the press conference held today former parliamentarian of the NFF M. Musammil stated that the authority to take decisions regarding ministries rests with the president according to the constitution of this country.