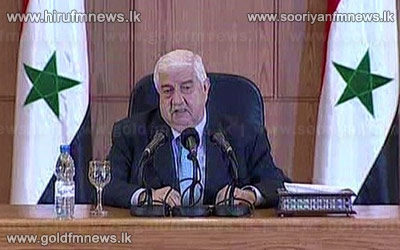 He was speaking in Damascus after the US said there was "undeniable" proof of a chemical attack.

Mr Muallem said UN weapons inspectors had been unable to go to a second site because they were stopped by rebels.

The US and its allies are considering launching strikes on Syria in response to deadly attacks last week.