Another malpractice reported during the year 5 scholarship examination 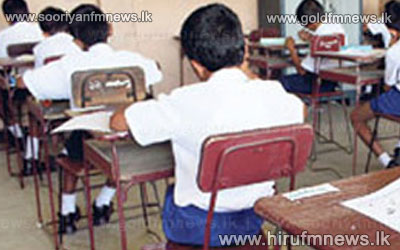 Our news division received a report of another Malpractice with regard to the Year 5 scholarship examination today from the Hatton - Ginigathhena region.

The parents and the students alleged that the answer scripts were collected ahead of time and redistributed a short while later while the exam was being carried out in the Ginigathhena Navodya Vidyalaya examination center.

Following the redistribution several students had received the answer scripts of other students.

A student who sat for the year 5 scholarship exam at the Ginigathhena Navodya Vidyalaya examination center gave the following explanation regarding what took place.

The farther of a student who sat for the year 5 scholarship exam expressed the following views regarding the incident.

Another such incident regarding the year 5 scholarship exam was reported in the Heenatigala region in Galle at the Heenatigala Saariputhra Maha Vidyalaya where once again the question papers were collected while the exam was being carried out.

Upon inquiry by our news team the Commissioner General of Examinations W. M. N. J. Pushpakumara stated that an inquiry report has been requested from the Provincial Educational Director and that such reports will be requested from all the regions such incidents are reported from.