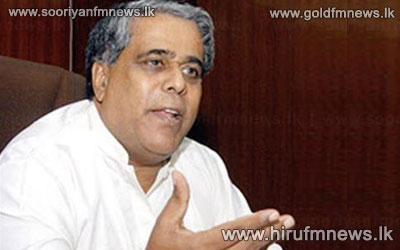 Minister Nimal Siripala De Silva states that the government is not prepared to carry out the orders issued by the UN Human Rights Commissioner Navi Pillay.

The minister made this statement in reply to a question raised by a journalist during a press conference organized by the United People’s Freedom Alliance.

The journalist queried from the minister regarding the statement made by the commissioner with regard to engaging in discussions with the government to arrive at a decision regarding the land issue faced by the Tamil populace in the North.

Meanwhile, various views are being expressed in the political arena regarding the visit of the UN Human Rights Commissioner Navi Pillay.