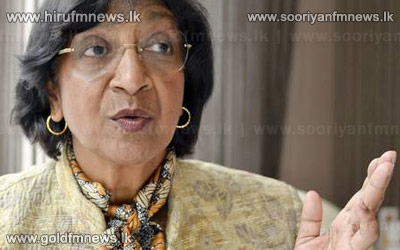 Our regional correspondent stated that one such meeting took place in secret at a holiday resort in Trincomalee with civil organization activists.

The other discussion took place at the Center for Protecting and Promotion of Human Rights in Trincomalee.

She had engaged in discussions with human rights activists including Father Logeshwaran who runs the center for almost an hour.

Navi Pillay had entered the Center for Protecting and Promotion of Human Rights in Trincomalee leaving behind security personnel provided by the Lankan government outside the facility.

Our regional correspondent also reported that the media was not allowed to cover both meetings.

Today marks the 4th day of her official visit to Sri Lanka.