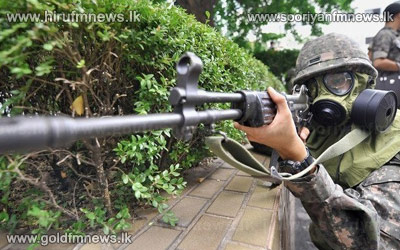 North Koreas top military body lashed out  at an ongoing South Korea-US army drill, warning that it could compromise a recent easing of military tensions on the Korean peninsula.

Pyongyangs unusual silence over an annual drill that it habitually condemns as a war rehearsal had been attributed to ongoing North-South talks on a number of cross-border projects.