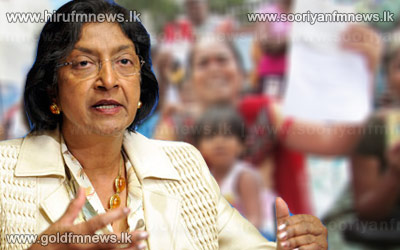 The Association had staged several protests during Navi Pillay’s visit in the North and the East in the last few days.

Convener of the Association Ananda Jayamanne stated that the organization expects to make the request when they meet the High Commissioner in Colombo tomorrow.

During a media briefing held in Colombo today, the Association stated that all the living LTTE leaders should be summoned before a board of inquiry.

Ananda also said that his Association expects to distribute a DVD that based on 30-year LTTE crimes, among the visiting Commonwealth leaders in November.

External Affairs Ministry spokesman stated that the Commissioner also had discussions with Secretary to the President Lalith Weeratunga.

The representatives of the Human Rights Commission will also have discussions with Navi Pillay today.