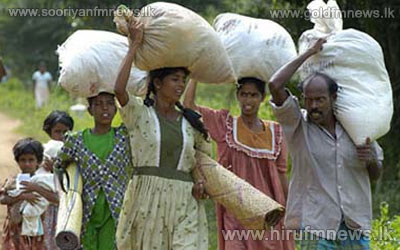 The penury of 100 Sinhala families living in Kulukunawa, Keviliya-maduwa and Pansal-gala in the Batticaloa district was reported to our news team.

The residents of the 3 villagers fled the area during the war, and returned to the original settlements after the conflict in 2009.

The residents complain that the basic amenities such as drinking water and health facilities are out of their reach, and no authority has attended to the grievances so far.

The residents also said that they found it difficult to communicate their problems to the authorities as the area is served by only Tamil speaking public servants.

She also said that there was a problem with regard to their land ownership, and that matter would be attended to.