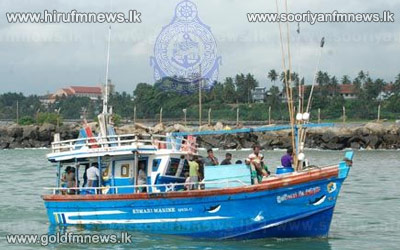 The ‘Australian’ newspaper reported today that during the past three years the Sri Lanka Navy has intercepted 4145 would-be illegal immigrants to Australia.

It has also arrested a couple of hundred people onshore, just before embarkation.

That is nearly 4500 people who would otherwise have headed for Australia.

As a result of these efforts, the numbers of those attempting to sail to Australia have fallen drastically.

Navy Chief Vice Admiral Jayanath Colombage in an interview with the Australian news paper said that he offers the maximum encouragement to Australia to take a hard line, to make sure that people who travel illegally by boat do not have the prospect of permanent settlement in Australia.