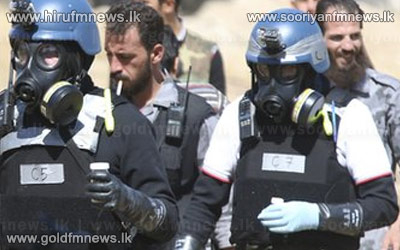 Syrian President Bashar al-Assad said his country would defend itself against any aggression.

Hundreds are reported to have died in the attack near Damascus last week.

US President Barack Obama has said he has not yet decided on a plan for retaliatory action against Syria.