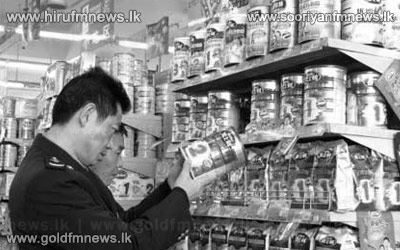 The Health Ministry says that in tests the Sri Lanka Industrial Technology Institute carried out it has been confirmed that DCD is contained in another brand of milk powder.

Issuing a communiqué the Ministry said that similarly a suspicion had cropped up that DCD is contained in another three brands of milk powder.

Accordingly the Health Ministry said that while the sale of stock of MILGRO milk powder confirmed to be containing DCD has been banned and steps would be taken to have the stocks removed from shops and have them destroyed.

In addition the Health Ministry also says that the sale of milk powder brands, Anchor One Plus, Ratti and Anchor Pedia-Pro suspected to be containing DCD has been temporarily banned.