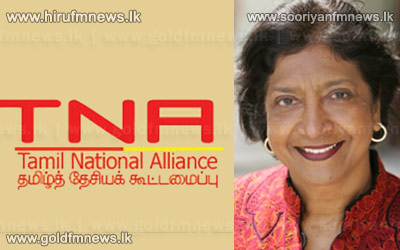 After the one hour discussion, TNA MP Suresh Premachandran said that the discussion with the UN High Commissioner for Human Rights centered on the war crimes allegedly took place during the war and the accountability.

He also said that they stressed the need of an international investigation.

Meanwhile Parents collective of dead and missing persons is staging a protest in front of the UN office in Colombo demanding an investigation on all war crimes took place during the 30-year war.

Convener of the Parents collective Ananda Jayamanne had this to say.

Views were expressed regarding Navi Pillai’s visit to Sri Lanka during The Balaya Political program telecast yesterday on Hiru.