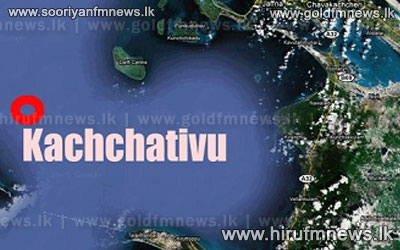 The Union government on Friday informed the Supreme Court that the question of retrieval of Kachchatheevu from Sri Lanka did not arise as no territory belonging to India was ceded to Sri Lanka.

Taking on record the Centre’s response to a writ petition filed by Tamil Nadu Chief Minister Jayalalithaa seeking retrieval of Kachchatheevu from Sri Lanka, a Bench of Justices posted the matter for final hearing after three weeks to enable Jayalalithaa to file her rejoinder.

Jayalalithaa, who filed the petition in December 2008 as AIADMK general secretary, sought a declaration as unconstitutional the 1974 and 1976 agreements between New Delhi and Colombo on ceding of Kachchatheevu, an island off the Rameswaram coast, to Sri Lanka.

In its response, the Centre said the island was a matter of dispute between British India and Sri Lanka then known as Ceylon and there was no agreed boundary.

The dispute relating to the status of this island was settled in 1974 by an agreement and both countries examined the entire question from all angles and took into account historical evidence and legal aspects and this position was reiterated in the 1976 agreement.