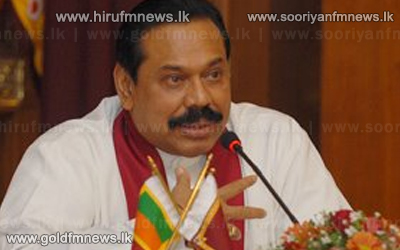 Sri Lankas President, Mahendra Rajapaksa in an exclusive interview with “The Australian” stated that international networks sympathetic to the terrorist Tamil Tigers, decisively defeated in Sri Lankas civil war in 2009, play a big role in the people-smuggling trade to Australia.

President Rajapakse stated that the LTTE sympathiser networks have been in this business for a long time and that it is their big money-raiser and that they are still doing it today."

President Rajapaksa also accused pro-LTTE networks of using money to bribe politicians in key Western nations, in order to get them agitated against the Sri Lankan government on human rights issues.

Speaking further the President stated that his government was co-operating closely with Canberra to suppress the people-smuggling trade and that he was very happy with Australias policies with regard to human smuggling.

Elaborating further President Rajapaksa stated that the defeat of the Tamil Tigers in 2009 had allowed Sri Lanka to rapidly accelerate economic and social development to the benefit of all.

The Sri Lankan President also stated that it was his belief that the defeat of the Tigers was a security benefit to many nations, including Australia, in efforts to prevent terrorist attacks and described the leader of the Tigers, Prabrakaran, who died in the final conflict of 2009, as "a psychopath who took a delight in killing".