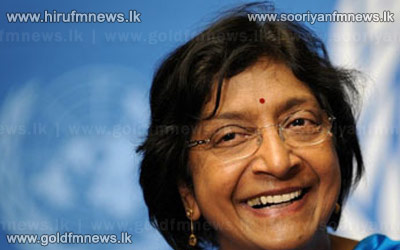 Meanwhile, the Patriotic National Movement says that through the final statement made by the UN High Commissioner for Human Rights has showed her true self.

Secretary of the Movement Dr. Wasantha Bandara stated that she is likely to bring forward a proposal on war crimes at the next UN Session.

Speaking at a media briefing yesterday United Nations High Commissioner for Human Rights Navy Pillai stated that if the local investigations in to the war do not yield results, calls for an international inquiry will continue.

Secretary of the Patriotic National Movement Dr. Wasantha Bandara had this to say.