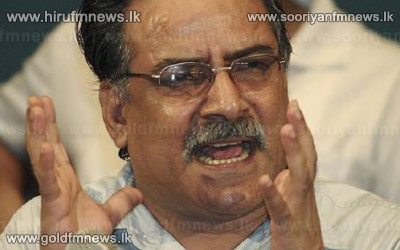 Nepals CPN-Maoist Chairman Pushpa Kamal Dahal has revealed that his party had ties with the LTTE during the decade-long armed conflict in Nepal.

The Himalayan Times in a startling revelation said that the Maoist leader, who later became the country’s prime minister in 2008, admitted that the Nepali Maoists had sought the Sri Lankan rebel groups.

Dahal, also called Prachanda in the party, was speaking at a training programme for the officer bearers of Maoist party’s ethnic and regional organisations, in Jorpati of Kathmandu yesterday.

According to him, it was the first time that he was making public the ties between the LTTE and his party.