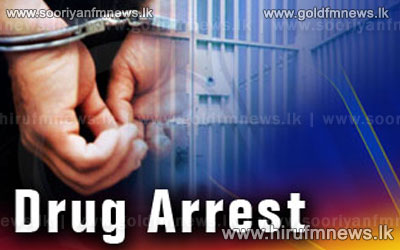 The police narcotics division says that it has evidence that the largest stock of heroin seized by the customs in South Asia was brought to the country to distribute it.

A senior police officer of the narcotics division stated that several coordinated investigations are underway.

This haul of Heroin was seized at Customs Clearance when the Police Drug Unit carried out a raid.

This haul of drugs is believed to be the largest haul confiscated in South Asia.

The drugs were seized while being hidden in a container that was carrying Grease Tins.

Speaking to our news team, the director of the revenue monitoring unit of the customs, Mali Piyasena stated that the value of the drugs seized is in excess of 2.5 billion rupees.

The Pakistani national who sent the container to Sri Lanka and 3 other Sri Lankans have currently been arrested.