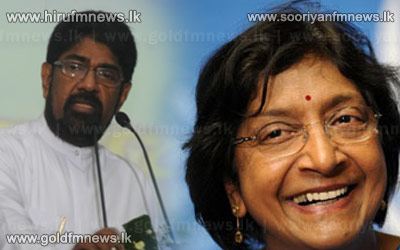 Mass media Minister Keheliya Rabukwalla states that as a government there is a fair doubt regarding certain statements made by UN Human rights commissioner Navaneedan Pillai.

Minister Rabukwalla points out that the international community is attempting to divide the country.

He made this statement participating at a ceremony held n Kandy.