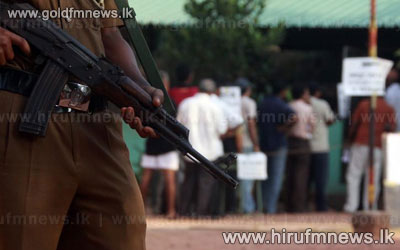 Deputy Election Commissioner M.M. Mohammad says that there will be 40 thousand government servants put on duty for the North, North Western and Central Provincial Council elections.

He also said that there would be 7000 police personnel also deployed on duty at polling booths.

In addition, he said that additional police teams would be put on duty to mobile patrol in the area.