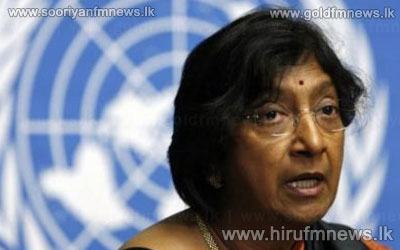 The UN High Commissioner for Human Rights Navanetham Pillay was on a week-long visit to Sri Lanka on an invitation extended by the Government of Sri Lanka in April 2011.

This invitation is a part of Sri Lanka’s consistent engagement with the UN System.

Issuing a communiqué by the Department of Government Information stated that The High Commissioner’s observation that Sri Lanka “is showing signs of heading in an increasingly authoritarian direction” is a political statement on her part, which clearly transgresses her mandate and the basic norms which should be observed by a discerning international civil servant.

It also runs contrary to the many assertions the High Commissioner made about the unfettered access she was provided, the freedom people presently enjoy in contrast to the last time she visited Sri Lanka in 2000 and the vibrant political debates and election campaigns of which evidence was seen by her and acknowledged reflecting the political pluralism enjoyed by the people of Sri Lanka.

The judgment on the leadership of the country is better left for the people of Sri Lanka to decide, than being caricatured by external entities influenced by vested interests.