Only the government can increase bus fares - Gamunu Wijerathna ready to go to courts. 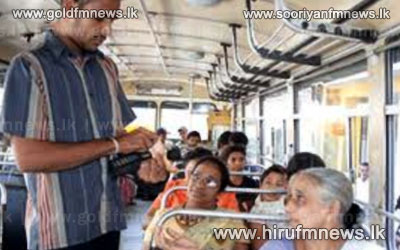 The National Transport Commission reiterated that the government is the sole authority to make bus fare revisions.

NTC Chairman Roshan Gunawardana said that the Cabinet subcommittee which was appointed to look into the bus fare revision will take a final decision in the future.

Although the Lanka Private Bus Owners Association insisted a bus fare hike with effect from 01st of September, it was not realized.

Speaking to our news team the President of the Lanka Private Bus Owners Association Gemunu Wijerathna said that the government appointed a Cabinet subcommittee and arbitrarily took over powers vested with Bus Unions to make fare revisions.

He also said that his Association expects to take legal action against this move by the government.