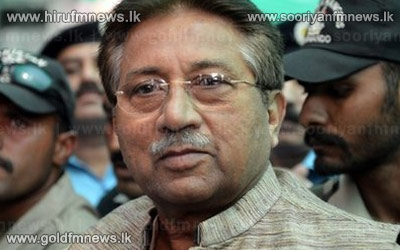 Musharraf, who is currently under house arrest, already faces murder charges over the deaths of Benazir Bhutto and a Baloch tribal leader.

He also faces charges over his attempt to sack Pakistans higher judiciary in 2007 and the government has said it will try him for treason.

Musharraf says that all the cases against him are politically motivated.

The latest charge relates to the death of radical cleric Abdul Rashid Ghazi, during the siege of Islamabads Red Mosque in 2007.