Several dilapidated roads in Kolonnawa were repaired and opened for public use by MP R. Duminda Silva. 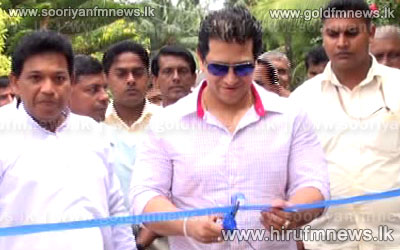 Participants said that MP Duminda Silva solved the problems of the masses in the constituency irrespective of party colors.

Several participants who gathered at the opening also expressed their views.