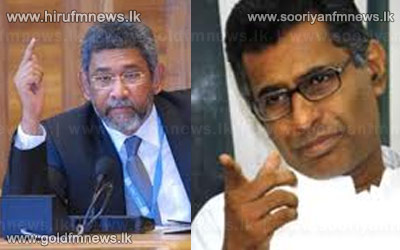 He said Gabi Pillay was arrested in 1971 and later he was cleared of the terrorist charges and set free.

Dr. Jayatillake made this clarification after a statement made by Hela Urumaya General Secretary Minister Patalee Champika Ranawaka on husband of the UN High Commissioner for Human Rights, Gabi Pillay.

The following is the statement made by Minister Ranawaka on Gabi Pillay.

The following is the response by Dr. Jayatillake to Minister Ranawaka’s statement.

Dr. Jayatillake also pointed out that South Africa played a prominent role to defeat the UN resolution brought against Sri Lanka at the Geneva Human Rights sessions in 2009.