Navaneethan pillai confirmed one of our demands too - says UNP. 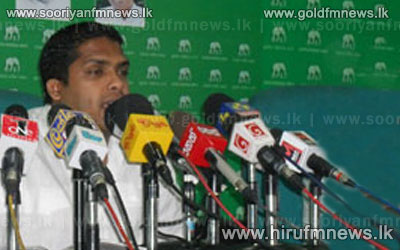 UNP MP Harin Fernando says that UNHR Commissioner Navaneethan pillai too has attested the view that his party holds to the effect that the 17th amendment to the constitution should be implemented.

That was while participating at a media briefing held in Colombo yesterday.

Meanwhile participating at a function held in Hambantota yesterday, Disaster Management Minister Mahinda Amaraweera said that persons like Tamil Nadu Chief Minister Jayalalitaa too should be brought to the island.