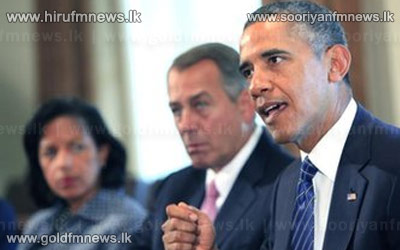 US President Barack Obama has won backing from key US political figures on his plans for a military strike on Syria.

Key Republican leaders John Boehner and Eric Cantor both voiced their support for military action. Congress is expected to vote next week.

The UN earlier confirmed that more than two million Syrians were now refugees, and more than 100,000 people are thought to have died since the uprising against President Assad began in March 2011.