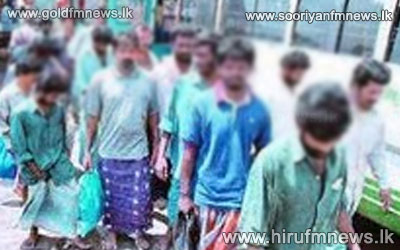 Ten Sri Lankan fishermen, who were arrested by the Indian Coast Guard in two different incidents for allegedly entering Indians waters illegally and fishing last month, have been handed over to police.

PTI reported that he boat identified as Dhanuska Putha I also had a fish catch of about 155 kilo grams.