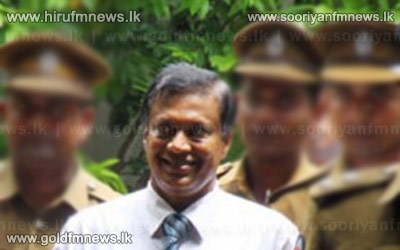 The magistrate ordered to release the former DIG on 2 personnel bails for one million rupees each in this case where he had threatened ASP Abeysekera of the CID.

However, being a suspect of several other cases, Vaas Gunawardana will be further remanded.

The case will be taken for hearing again on November 2nd.