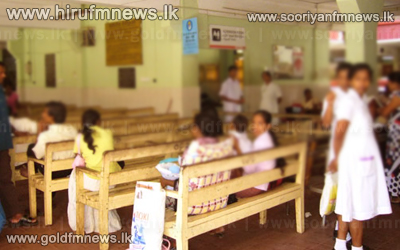 Many patients who arrived at the OPD of the Anamaduwa district hospital were inconvenienced due to lack of doctors.

Although there are 5 doctors serving at the hospital only one doctor reported for duty today.

Although 2 doctors had informed the authorities, the office of the district medical officers failed to deploy 2 additional doctors.

However when we inquired regarding this situation from the North Western health services director R M S Rathnayaka, he said that 2 doctors from the puthlam hospital were sent to the Anamaduwa Hospital.