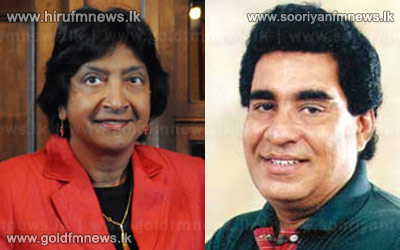 Addressing a public gathering at Maradana, Minister Mervyn Silva said that he was ready to even marry UN High Commissioner for Human Rights Navaneedan Pillay.

This is how Minister Silva expressed his views at the meeting.

Minister Alahapperuma told journalists that Minister Silva was wrong to make such a remark and termed the latter’s proposal ‘uncivilized’.