Government should set an example on elections; UNP 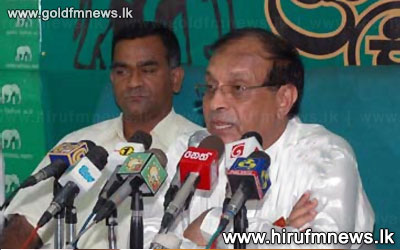 UNP MP Karu Jayasuriya told journalists at a media briefing held in Colombo today that the government itself should set an example to hold free and fair elections in the North, the North Western and the Central Provincial Councils.

However during a media briefing organized by the SLFP in Colombo today, Minister Dallas Alahapperuma said that the highest number of election related complaints have been made by UPFA candidates.

He also said that the party will hold an inquiry with regard to these complaints once the Provincial Council elections are over on the 21st of this month.