Reply from President to certain individuals statements about good governance and human rights. 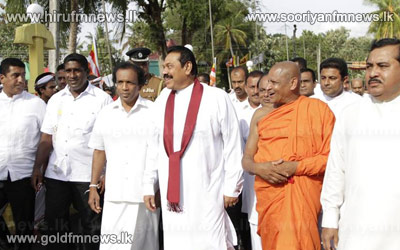 President Mahinda Rajapaksa says that today some people talk only about good governance and human rights since there is nothing to base their talk on.

The President points out that even when the Government is acting with transparency on behalf of the people, some individuals express this kind of views.

President Mahinda Rajapaksa said so while participating at many inaugurations at the Dhemataluva Dhikvaehaera Rajamaha Buddhist Temple in Vaariyapola yesterday.

The President said further that although some even charged that the democratic rights were violated, the Government had taken action to safeguard democracy by providing the right to vote both in the South as well as the North.