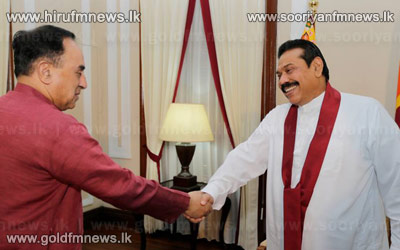 President Rajapaksa and Dr. Swamy discussed about number of issues, including the political climates of both countries and the issues faced by fishermen.

President Rajapaksa said it is unfortunate that poorer fisher folk often have to face the consequences of plans that are put in place by their employers, owners of the boats that illegally cross territorial waters.