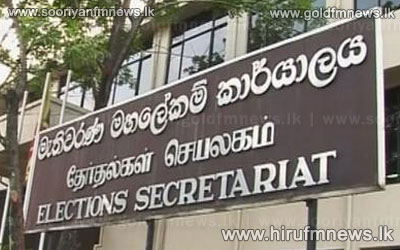 The time provided for the candidates of the Northern, North Western and Central Provincial Council Elections to declare their assets ends tomorrow.

A senior spokesperson of the election secretariat stated that a majority of the candidates representing the major political parties have submitted their asset declarations to the elections department.

He also stated that several independent parties have not declared their assets.

Upon inquiry from the elections commissioner Mahinda Deshapriya stated that although the deadline for declaring assets is tomorrow, a decision regarding candidates who have not declared their assets will be taken during the meeting of party secretaries scheduled for the 13th of this month.

3785 candidates have handed in their nominations for the election scheduled for the 21st of this month.