52 documents of the CMC burnt without permission 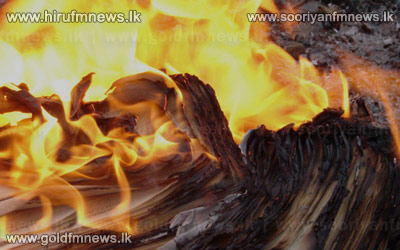 The Committee which investigated the CMC document burning incident at the Borella cemetery pointed out in its report that there were faults in the process of burning them.

Western Local Government Commissioner Chandrani Samarakoon quoted the Commission report and said that permission had been obtained only for 126 documents.

However she said that after this report is handed over to the Western Provincial Secretary next week, a decision will be taken with regard to the officers involved in the document burning incident.

The CMC documents were burnt at the Borella cemetery on the 17th of August.

Meanwhile CMC members passed a special resolution at the monthly sessions on August 29 to ask the IGP to conduct a special investigation on the incident.