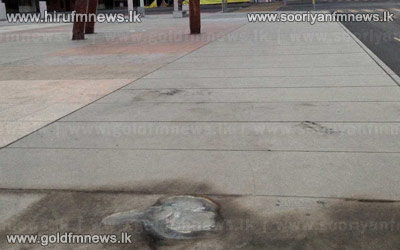 Websites supporting the LTTE report that a Tamil Tiger sympathizer immolated himself in front of the UN Office in Geneva yesterday afternoon.

The victim had held a can of petrol with one hand and a photograph of Prabhakaran with the other before he put himself on fire.

The website also reported that the Tamil Diaspora is disappointed after UN High Commissioner for Human Rights Navaneedan Pillay named the LTTE an organization of brutal killers.

Meanwhile addressing a media briefing held at the UN Headquarters in New York spokesman of UN Secretary General Ban Ki-moon Farhan Hak said that the UN chief is satisfied with Navaneedan Pillay’s achievement during her tour in Sri Lanka.

He said that Pillay has acted in accordance with the UN fundamental policies so the she will get UN full assistance in her future measures.

UN Rights Commissioner Navaneedan Pillay is scheduled to submit a lengthy report on the findings during her visit in Sri Lanka at the UNHRC session to be held on the 24th of this month.