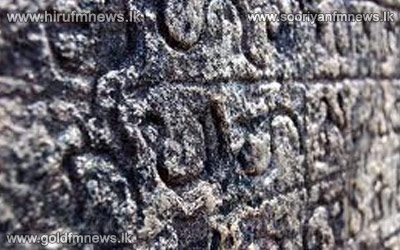 A stone tablet believed to be belonging to either the 1st or 2nd century BC has been discovered in a forest in the Rathnapura – Nivithigala – Erabadda Marapanawatta region.

Archaeological officials state that a cave located nearby may have been used by Buddhist monks for meditation.

Upon inquiry by our news team, Sabaragamuwa Archaeological Assistant researcher, H. W. Chandrani stated that the characters found on the stone tablet belonged to a pre brahma era.