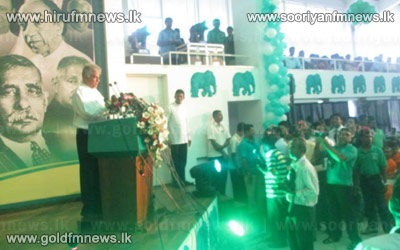 Leader of the UNP Ranil Wickramasinghe states that he will build a new Sri Lanka in 2014.

He made this statement while addressing the gathering at the party headquarters in Sirikotha during UNP’s 67th anniversary celebrations.

The UNP leader also elaborated that the youth of the country has no alternative other than the UNP.

The United National Party was formed at the Colombo Palm Court on the 6th of September in 1946.

The party won the country’s first general election in 1947 and formed a government under the leadership of D.S. Senanayake.