Ask the Bribery Commission about me; Minister Mervyn 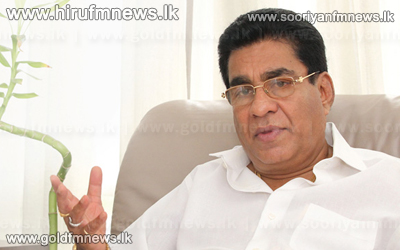 Minister Mervyn Silva told our news team that those who want information about the complaint made against him for bribery should get them from the Commission to Investigate Bribery or Corruption.

The Commission to Investigate Bribery or Corruption has initiated investigations following an anonymous complaint made against the Minister which charged that Public Relations Minister Mervyn Silva has earned wealth much higher than the scope of his income avenues.

A Commission official said that the Minister had been informed to appear before the Commission with regard to this complaint on last Wednesday but he did not turn up.

He told our news team that the Minister has requested an alternative date instead, and the Commission will allocate him a date in the future accordingly.