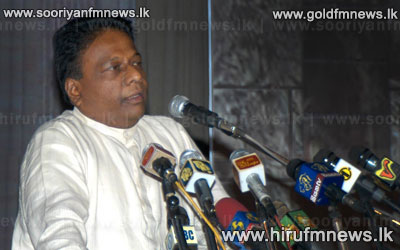 Minister Dallas Alahaperuma stated that people should not get caught in the trap of the TNA.

The Minister expressed these views regarding various statements that have been expressed by the TNA recently.

TNA Chief Ministerial Candidate for the Northern Province C V Vigneswaran expressed the following views during the unveiling of their election manifesto recently.

However, Minister Dallas Alahapperuma expressed these views regarding the motives of the TNA.

The Minister also requested the public not to fall victim to the trap laid by the TNA.