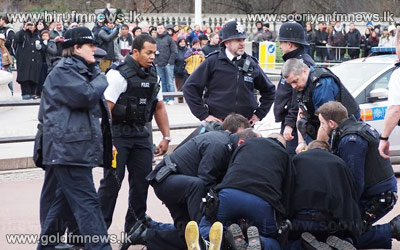 A man has been arrested on suspicion of burglary, trespass and criminal damage after scaling a fence to get into Buckingham Palace.

A second man was arrested outside the Queens home on suspicion of conspiracy to commit burglary.

The Met said both men were bailed and a review into the incident was under way.