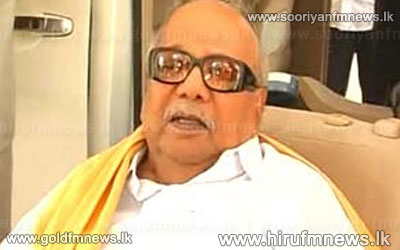 DMK president M. Karunanidhi has said that Indias decision to build and supply two warships to Sri Lanka has proved that the central government helps only the neighbouring government and not Indian fishermen or Tamils in the island.

Referring to a news report that India will supply 2 warships to Sri Lanka, Karunanidhi said that Sri Lanka will attack Indian fishermen using the very same ships and urged the central government to scrap the idea of helping that country.

Meanwhile, Indian Fishermen announced the launch of an indefinite strike, protesting further extension of judicial remand of 41 fishermen from Rameswaram by the Mannar Court and demanding the immediate release of all the 146 fishermen incarcerated in Sri Lankan prisons.

As news broke out that the Mannar district court has extended the judicial remand of 41 Rameswaram fishermen till September 20, leaders of 11 fishermen associations convened an emergency meeting and decided to launch an indefinite strike from today.