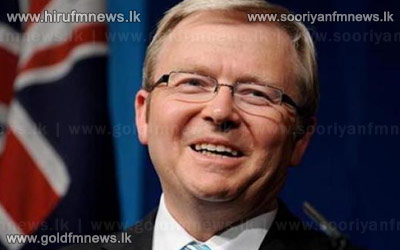 Early counting showed a swing to the opposition coalition in several states, with exit polls forecasting it would secure a lower house majority.

The campaign has been dramatic, with Kevin Rudd ousting Julia Gillard as Prime Minsiter and Labor leader weeks from the polls.

Rudd called the election after defeating Julia Gillard in a leadership challenge in June, amid dismal polling figures that showed Labor on course for a wipe-out.