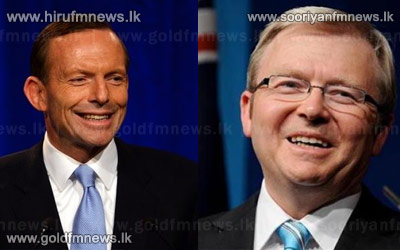 Australias opposition has crushed the governing Labor party in a general election that has returned the Liberal-National coalition to power for the first time in six years.

The coalition won 88 seats to Labors 57 in the 150-seat parliament.

Liberal leader Tony Abbott, who will be prime minister, promised a competent and trustworthy government.

Outgoing PM Kevin Rudd earlier admitted defeat and said he would not stand again for the Labor leadership.

Meanwhile, the Presidential election in Maldives will go in to a second round after no candidate emerged with a clear majority.