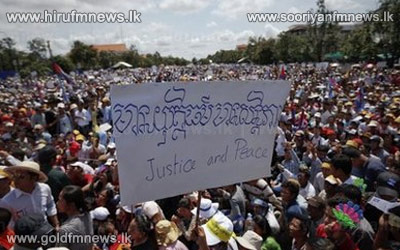 Cambodias ruling Peoples Party (CPP) has been confirmed the winner of a general election which was marred by fraud allegations.

The televised announcement comes after thousands took part in a rally in the capital Phnom Penh to protest against alleged electoral fraud.